SEARCH for Yin Yang jewellery in our central store

In Nature, there are no friends – only relationships. But nature lives in harmony with itself in an ebb and flow of opposing forces that some call Yin and Yang. In this way, the natural world remains inter-connected – although separate, and inter-related, although constantly battling. This is the nature of Yin Yang – a connection or association also seen between family members, friends and lovers . . as friendships and inter-personal relationships ebb and flow over time. So gifts of Yin-Yang jewellery (for example) can be seen as a gift of friendship between friends and lovers . . because both parties want to exist together as one – despite their differences, and each believes that neither can properly live without the friendship and support of the other.

In Chinese philosophy, Yin-Yang (which is sometimes called ‘Yin and Yang’) means ‘shadow and light’, and is used to describe how opposites or seemingly contrary forces are inter-connected and inter-dependent. This concept lies at the heart of many branches of classical Chinese science and philosophy, as well as being a primary guideline for traditional Chinese medicine. Many natural dualities such as dark and light, male and female, high and low, hot and cold, water and fire, earth and air – can be viewed as manifestations of Yin and Yang (respectively).

But philosophers say that Yin and Yang are not opposing forces (dualities) per se, but complementary . . interacting to form a greater whole, as part of a dynamic system. Everything has both Yin and Yang aspects . . for light could not be understood without darkness, and shadow could not exist without light.

The Yin-Yang symbol therefore represents the concept of harmony – two aspects in a single reality . . each containing the seed of the other. This concept is frequently used to express mutual feelings between two people such as friendship or a romantic relationship. For this reason, it is often gifted between friends or lovers (or boyfriend and girlfriend) as a present which says ‘I love you’ or ‘I care’ and ”We should be together’

SEARCH for Yin Yang jewellery in our SHOP

* Achieving harmony or union with nature

* The pursuit of spiritual immortality

* Being ‘virtuous’ (but not ostentatiously so)

Nowadays Tao (or Dao) is included in Confucianism, Taoism, and Buddhism because most Chinese people now identify with all three traditions simultaneously – as this 12th Century Song Dynasty painting portrays. The Tao is not God and is not worshipped but Taoism includes many deities that are worshipped in Taoist temples. Yin and Yang is normally symbolised by the Taijitu symbol (the universal symbol of Taoism) and we have examples of this symbol in the jewellery in our central store:.

SEARCH for Yin Yang jewellery in our central shop

Nothing can exist in isolation by itself. According to this theory, wise people (Los Sabios in Spanish philosophy) will detect these forces in all things and, like the seasons, will regulate their lives accordingly. So Yin Yang symbolises harmony and balance and it is often gifted by people wishing to pass on sentiments of duality, co-existence and inter-dependance so that neither can properly exist without the other.

Similar symbols have appeared in Celtic art and Roman cultures too. 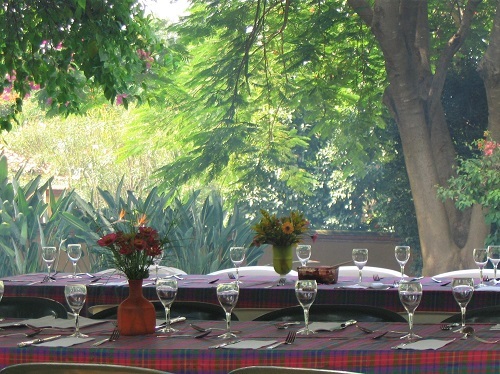 GIFT WRAP AND PERSONALISATION – Every present we ship is gift-wrapped and includes an information card about the item. A gift can be personalised too: Simply add your message in the (optional) card message box on the product order page in our central store online. We will then add this message to one of our presentation cards and enclose it with your order.

Our shop is certified secure

MONEY BACK GUARANTEE – We stand behind our products 100%. If at any time you are not happy with anything, we’ll refund your money – no questions asked. Just re-package the item as received and send it back. If you feel like contacting us beforehand to let us know the problem so we can try and resolve it, we would very much like to hear from you. Our faith is your guarantee.